Be Inspired to Mix Things Up, Succeed in A&P, Episode 42

Join the new host of Succeed in A&P, Valerie Kramer (McGraw-Hill), as she welcomes Seeley's Anatomy & Physiology Author, Cinnamon VanPutte (Southwestern Illinois College). Listen as they discuss the Seeley Approach and what makes Seeley's A&P special! You'll be completely engaged and excited to make a difference in your students' lives by giving them more opportunities to practice critical thinking in your course! 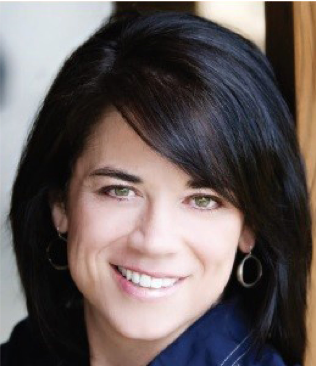 Cinnamon L. VanPutte has been teaching biology and human anatomy and physiology for almost two decades. At Southwestern Illinois College she is a full-time faculty member and the coordinator for the anatomy and physiology courses. Cinnamon is an active member of several professional societies, including the Human Anatomy & Physiology Society (HAPS). Her Ph.D. in zoology, with an emphasis in endocrinology, is from Texas A&M University. She worked in Dr. Duncan MacKenzie's lab, where she was indoctrinated in the major principles of physiology and the importance of critical thinking. The critical thinking component of Seeley's Essentials of Human Anatomy & Physiology epitomizes Cinnamon's passion for the field of human anatomy and physiology; she is committed to maintaining this tradition of excellence. Cinnamon and her husband, Robb, have two children: a daughter, Savannah, and a son, Ethan. Savannah is very creative and artistic; she loves to sing, write novels, and do art projects. Robb and Ethan have their black belts in karate and Ethan is one of the youngest black belts at his martial arts school. Cinnamon is also active in martial arts and is a competitive Brazilian Jiu-Jitsu practitioner. She has competed at both the Pan Jiu-Jitsu Championship and the World Jiu-Jitsu Championship.

4:15 Cinnamon's teaching philosophy
6:00 How Cinnamon became an author on Seeley's Anatomy and Physiology
7:45 What makes Seeley special?
9:10 How Seeley helps the average A&P student
11:10 The top 3 enhancements coming to the new edition of Seeley
13:20 The importance of 'Learn to Predict' questions
14:45 The addition of microbes to Seeley
17:35 The future of Seeley
19:05 Advice for new A&P instructors
20:35 Changes Cinnamon would like to see to science education