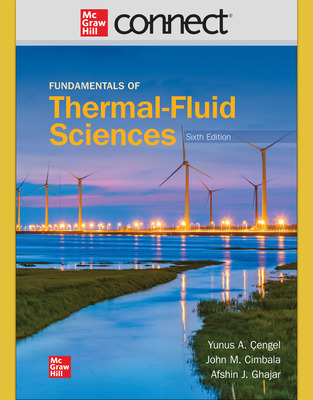 Yunus A. Çengel is Professor Emeritus of Mechanical Engineering at the University of Nevada, Reno. He received his B.S. in mechanical engineering from Istanbul Technical University and his M.S. and Ph.D. in mechanical engineering from North Carolina State University. His areas of interest are renewable energy, energy efficiency, energy policies, heat transfer enhancement, and engineering education. He served as the director of the Industrial Assessment Center (IAC) at the University of Nevada, Reno, from 1996 to 2000. He has led teams of engineering students to numerous manufacturing facilities in Northern Nevada and California to perform industrial assessments, and has prepared energy conservation, waste minimization, and productivity enhancement reports for them. He has also served as an advisor for various government organizations and corporations.


Dr. Çengel is the recipient of several outstanding teacher awards, and he has received the ASEE Meriam/Wiley Distinguished Author Award for excellence in authorship in 1992 and again in 2000. Dr. Çengel is a registered Professional Engineer in the State of Nevada, and is a member of the American Society of Mechanical Engineers (ASME) and the American Society for Engineering Education (ASEE).

John M. Cimbala is Professor of Mechanical Engineering at The Pennsylvania State University (Penn State), University Park, PA. He received his B.S. in Aerospace Engineering from Penn State and his M.S. in Aeronautics from the California Institute of Technology (CalTech). He received his Ph.D. in Aeronautics from CalTech in 1984. His research areas include experimental and computational fluid mechanics and heat transfer, turbulence, turbulence modeling, turbomachinery, indoor air quality, and air pollution control. More information can be found at www.mne.psu.edu/cimbala.
Professor Cimbala is the recipient of several outstanding teaching awards and views his book writing as an extension of his love of teaching. He is a member and Fellow of the American Society of Mechanical Engineers (ASME).  He is also a member of the American Society for Engineering Education (ASEE), and the American Physical Society (APS).

Afshin J. Ghajar is Regents Professor and John Brammer Professor in the School of Mechanical and Aerospace Engineering at Oklahoma State University, Stillwater, Oklahoma, and an Honorary Professor of Xi’an Jiaotong University, Xi’an, China. He received his B.S., M.S., and Ph.D. degrees, all in mechanical engineering, from Oklahoma State University. His expertise is in experimental heat transfer/fluid mechanics and the development of practical engineering correlations. Dr. Ghajar has made significant contributions to the field of thermal sciences through his experimental, empirical, and numerical works in heat transfer and stratification in sensible heat storage systems, heat transfer to non-Newtonian fluids, heat transfer in the transition region, and non-boiling heat transfer in two-phase flow. His current research is in two-phase flow heat transfer/pressure drop studies in pipes with different orientations, heat transfer/pressure drop in mini/micro tubes, and mixed convective heat transfer/pressure drop in the transition region (plain and enhanced tubes). Dr. Ghajar has been a Summer Research Fellow at Wright Patterson AFB (Dayton, Ohio) and Dow Chemical Company (Freeport, Texas). He and his co-workers have published over 200 reviewed research papers. He has delivered numerous keynote and invited lectures at major technical conferences and institutions.

He has received several outstanding teaching, research, advising, and service awards from the College of Engineering at Oklahoma State University. His latest significant awards are the 75th Anniversary Medal of the ASME Heat Transfer Division “in recognition of his service to the heat transfer community and contributions to the field,” awarded in 2013. He received the ASME ICNMM 2016 Outstanding Leadership Award, which recognizes a person whose service within the ICNMM (International Conference on Nanochannels, Microchannels, and Minichannels) is exemplary. He also received the 2017 Donald Q. Kern Award “in recognition of his outstanding leadership in the field of heat exchangers and two-phase flow, book and archival publications, and service to the academic and industrial professionals.” Dr. Ghajar is a Fellow of the American Society of Mechanical Engineers (ASME), Heat Transfer Series Editor for CRC Press/Taylor & Francis, and Editor-in-Chief of Heat Transfer Engineering, an international journal aimed at practicing engineers and specialists in heat transfer published by Taylor and Francis.