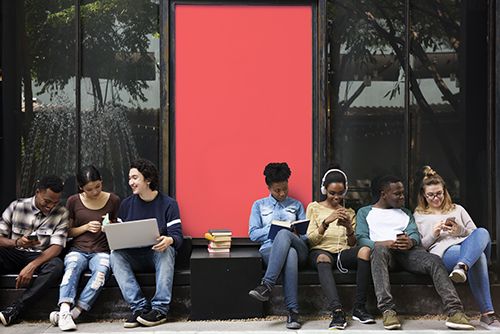 It’s hard to find an instructor who hasn’t, at one time or another, bemoaned the state of the undergraduate students they find in their classrooms. Our iGen students—those born in 1995 and later and who grew up with constant Internet access—frequently seem more interested in their devices than the subject we are covering in class. Indeed, who among us hasn’t suspected that sometimes those open laptops and iPhones our students are using to purportedly take notes are in actuality being employed to text, surf the web, or check out the latest Facebook posting?


Your suspicions are probably right. Not only do iGen students, on average check their phones 80 times a day, they’re doing it during class: Research on classroom behavior show that 70 – 90% of college students regularly text during class, blasting out an average of 12 texts per class period. Those students who bring laptops to class are using them for non-class activities almost two-thirds of the time.1


Short of banning all devices from our classrooms, an effort that seems both unrealistic and ultimately futile, what can we do to address the nature of the students we find in our classes today? To answer this question, let’s turn to three key take-aways from the body of research on the characteristics of our iGen students:

What to do? It’s tempting to blame the victim—our students—for their lack of academic engagement. However, I’d argue that it’s not them we should be asking to change…it’s us. We instructors are not going to be successful in changing the fundamental nature of who our iGen students are. Instead, we need to take advantage of their strengths and change what we do to meet the needs of our students. We need to build on their considerable strengths and create an environment in which we can capitalize on who they are.


Specifically, consider the following three suggestions, building on the key characteristics described above:

So yes…iGen students are not like the students we’ve taught in the past. But that’s okay. By proactively addressing who our students are by changing how we teach, we will be able to maximize their success—and ours. 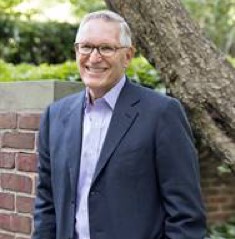 Robert S. Feldman is the Senior Advisor to the Chancellor at the University of Massachusetts Amherst.

As the Senior Advisor to the Chancellor, he works closely with the Chancellor of the University, promoting his vision and priorities and initiating efforts to improve the quality of the campus. He also serves as Senior Fellow in the Center for Student Success Research at the University.

Prior to serving as Senior Advisor to the Chancellor, Feldman was Deputy Chancellor of the University, and before that he was Dean of the College of Social and Behavioral Sciences, as well as serving for a period as Interim Dean of the College of Education. Feldman also was the founding director of Power-Up for College Success, a first-year experience course for students at UMass Amherst.

Before joining the central administration, Feldman was Professor in the Department of Psychological and Brain Sciences. In the Department, he regularly taught introductory psychology to classes ranging in size from 20 to nearly 500 students, as well as honors classes for incoming first-year students. He also served as Director of Undergraduate Studies in the Department and initiated the Research and Mentoring Program. Feldman also has served as a Hewlett Teaching Fellow and Senior Online Teaching Fellow. A Fellow of the American Psychological Association, the American Psychological Society, and the American Association for the Advancement of Science, Feldman received a B.A. with High Honors from Wesleyan University (from which he won the Distinguished Alumni Award) and an M.S. and Ph.D. from the University of Wisconsin-Madison.

Feldman is winner of the College Outstanding Teaching Award and recipient of a Fulbright Senior Research Scholar and Lecturer award. In addition, he was President of the Federation of Associations in Behavioral and Brain Sciences (FABBS) Foundation, a coalition of groups representing the behavioral and brain sciences, and he is now a member of the FABBS Board. He is also Chief Scientific Advisor for GetSet, Inc., in Chicago, and he is Chair of the McGraw-Hill Learning Science Research Council Advisory Board. He is on the Board of Trustees of the Social Psychology Network, the United Way of Hampshire County, and New England Public Radio.

Feldman has written more than 250 books, book chapters, and scientific articles. His books include The Liar in Your Life, Understanding Psychology, Essentials of Understanding Psychology, Fundamentals of Nonverbal Behavior, Development of Nonverbal Behavior in Children, Social Psychology, Development Across the Life Span, Child Development, and four versions of P.O.W.E.R. Learning: Strategies for Success in College and Life. His research interests include honesty, deception, and impression management. His research has been supported by grants from the National Institute of Mental Health and the National Institute on Disabilities and Rehabilitation Research.

Feldman’s spare time is most often devoted to serious cooking and earnest, if not entirely expert, piano playing. He also loves to travel. He has three adult children and four grandchildren and lives with his wife, also a psychologist, overlooking the Holyoke mountain range in the Pioneer Valley of western Massachusetts.