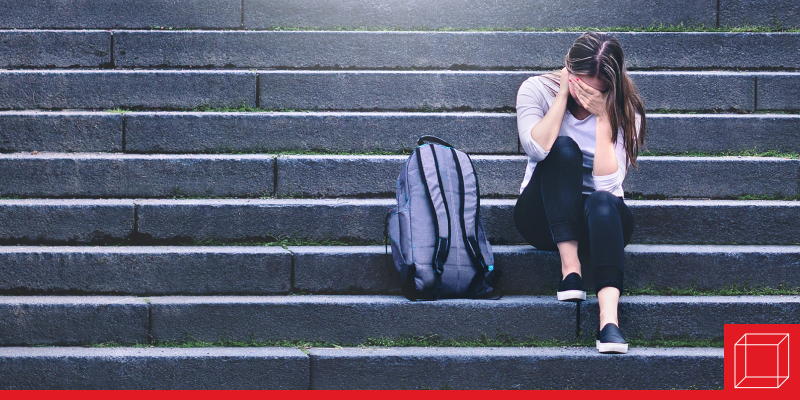 In October 2021, Emily Ratajkowski, a supermodel, actress, entrepreneur, and an activist made national news when she revealed in her newly published memoir My Body that singer Robin Thicke had sexually assaulted her in 2013 when filming the “Blurred Lines” music video. The news created a barrage of commentary on social media blaming Ratajkowski for the assault.i Many people, both men and women, suggested that Ratajkowski, who appeared topless in the video, brought this on herself. They accused her of bad judgment and of provoking Thicke who grabbed the 22-year-old model’s naked breasts when her back was turned to him. “Maybe don’t do raunchy videos or walk around naked” was a sentiment often repeated on social media.ii

Of course, the underlying assumptions behind comments like these on social media are that girls or women who show too much skin will provoke some type of reaction from boys or adult men because they will inevitably react to any such stimulus. The blame is placed on the victim of sexual assault rather than on the perpetrator.

What contributes to the broad acceptance of men and boy’s inappropriate behavior is the fact that in our culture we created one sex that is incapable of controlling its sexual urges. The comment that women should “expect” certain behavior from men (sexual assault) because men cannot restrain themselves when women wear “provocative” clothes or seem “friendly” demonstrates society’s willingness to apply biological determinism to men but not to women: men respond to a sexual stimulus (women wearing a short dress) because they are biologically made to do just that. We don’t apply this perspective to women.

Science does not support the idea that these differing gender expectations are tied to biological differences. As an evolutionary biologist Richard Dawkins described in his book The Selfish Gene, humans are the only species whose behavior is not controlled by our DNA, our biology.iii Unlike a male lion that must kill an offspring of another male lion before the mother of the offspring can undergo physiological changes making her capable of becoming pregnant again and carry the offspring of the second male lion (and his DNA), humans evolved cultural norms that guide our behavior when it comes to every area of social life, including sexual behavior. We don’t grab food in the store and eat it before paying for it, and we don’t have sex with people without their consent.

It is also not true that men are more in need of sexual satisfaction than women. Rather, since at least the Victorian epoch, our culture developed social norms that treated male and female sexuality differently. At that time, boys and men were seen as having a biological connection to the “savage,” or the “primitive” ancestors. As Stanley Hall, an American psychologist and a leading proponent of this view, explained in 1899:

… the instinct of the savage survives in him, just as the physical peculiarities of the aquatic stage survive in his body and determine its conformations…. Boys are naturally robbers; they are bandits and fighters by nature.iv

Girls and women were seen as devoid of such passions, and the encouragement of primitive instincts in boys were seen as essential to the advancement of “white civilization”:

Girls did not have this special link with savagery; nor did their feminine natures require such “inoculations.” Only boys had the potential or need to be “vaccinated against savagery later in life” by relieving the moral savagery of their ancestors.v

In this nineteenth-century discourse, women’s “passive” passions balanced men’s natural propensities toward violence. The supposedly passive feminine characteristics led to society constructing the gender role of women as the natural “guardians of morality.” While in earlier times male sexuality was seen as dangerous and as something that needed to be repressed, Hall embraced male sexuality and even compared boys’ sexual awakenings to the Protestant tradition of religious awakening, or “second birth.”vi

In the nineteenth century, women like Charlotte Perkins Gilman began to fight against these gender divisions, a fight that continued though the twentieth century. By the 1990s, TV shows like Sex and the City attempted to dispel stereotypes regarding women’s sexual lives. The characters in Sex and the City showed that men and women have similar desires for intimate relationships and casual sex. Shows like this also challenged the ways that society treated men and women who engaged in sexual behavior. Women’s sexual encounters with men have traditionally been frowned upon and seen as a sign of promiscuity, whereas men’s sexual conquests were often seen as natural and a sign of strength or charisma.

To suggest that a young man couldn’t control his behavior and committed sexual assault because he is a male is to deny the existence of culture. And, to place the responsibility for sexual assault of women by men on women is victim-blaming. In the United States, only 19 percent of reported rapes and sexual assaults lead to arrests, according to researchers from the University of Massachusetts Lowell, and most victims of sexual assault never report their attack to the police. For those who do, the likelihood of an arrest or conviction is small.vii Women are afraid to come forward due to the fact that they may be blamed for the assault. They don’t want to be victimized twice.