A close look at six important education issues being ignored in the national conversation this election year.

The United States faces many crucial issues this election season – each deserving serious attention and thought. But it's worth noting that one of the issues fundamental to shaping our future has been discussed only superficially: education.

In the 21st Century, having a quality education is arguably the single most powerful driver of success, not only for individuals, but for the nation as a whole. Unfortunately, it has only been addressed in broad strokes by our presidential candidates, and most of the proposals that we’ve seen have focused overwhelmingly on access rather than on the equally crucial metrics of completion and overall student success.

The presidential election sets our national tone. But education is largely funded and run at the state level so both parties and both Federal and State Governments have key roles to play, irrespective of who wins the White House. That being said, wouldn’t it be great if both candidates picked up this baton? Below, I outline some of the most vital elements of the U.S. education puzzle, in both K-12 and higher education, that have yet to be discussed thoroughly at the national level. 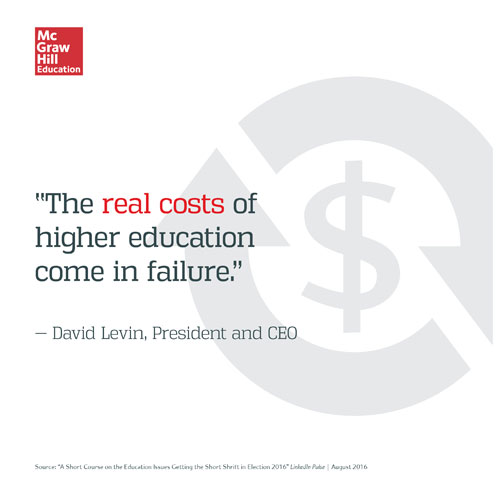 We need to shift the education conversation to be more inclusive of issues such as these. If our presidential candidates can do just that, perhaps we can anticipate some real, much-needed change in our future. Over the next few months, I hope the topic of education gets the attention it truly deserves.