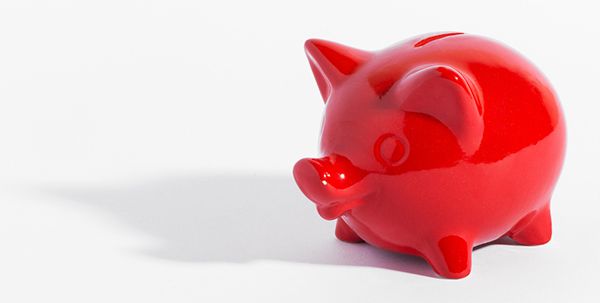 In grade school, I remember sitting at my desk at P.S. 135 in Brooklyn, lips sealed, hands clasped in front of me on a wooden desktop, carved with a long, slender channel for pencils and pens; a dark, empty inkwell, splattered with black stains, inserted inches away at the far right.

The radical Brazilian pedagogical philosopher, Paulo Freire, following other exasperated education theorists—John Dewey, Lev Vygotsky and Jerome Bruner, among others—scorned the conventional classroom, making fun of my favorite teacher, Mrs. Rosenberg, for depositing knowledge in my mind as if it were a piggy bank.

Freire ridiculed the "empty mind, passively open to the reception of deposits of reality from the world outside." According to Freire, the "banking concept" interferes with intellectual growth by turning students into silent receptors, collectors of information, rather than engaged in active participation, building knowledge together with others.

Little has changed since Victorian times in colleges and universities in the U.S. today—except, of course, students now come to class in t-shirts and distressed jeans, never coming to school embarrassed by the social faux pas of neat jackets and blouses. But knowledge deposits into minds are still the most common way of teaching, even after the invasion of decades of teaching technologies and despite strong evidence that traditional lectures are not nearly as effective as active learning.

According to The Chronicle of Higher Education, the "Lecture remains the dominant or exclusive mode of teaching in many college classrooms today." Stanford Nobel laureate Carl Wieman and Harvard’s Eric Mazur have compared the lecture to learning physics to watching a marathon on TV to learn how to run.

A recent study in the Proceedings of the National Academy of Sciences found that undergraduate students in classes taught by traditional lectures are 1.5 times more likely to fail than students whose faculty deliver active learning instruction. The paper analyzed 225 studies in a meta-analysis of undergraduate STEM teaching methods, concluding that instruction that encouraged students to participate actively, rather than as passive knowledge banks, boosted exam scores and reduced failure rates markedly.

"The change in the failure rates is whopping," commented the study’s principal author Scott Freeman of the University of Washington. "And the exam improvement—about 6%—could, for example, "bump [students'] grades from a B– to a B."

As dean of online learning for a couple of decades, first at Stevens Institute of Technology and later at NYU Tandon School of Engineering, I championed active learning, encouraging online faculty to move away from delivering videotaped lectures only to a broader array of real-time and asynchronous on-screen and keyboard activities—peer-to-peer learning, virtual teamwork and digital gaming, among other ways of stimulating remote students to dig into what they are learning, not just passively accept instruction, like spectators at a sports arena.

But until this year, embarrassingly, I never taught online myself. "For years, I’ve led hundreds of professors to the virtual well, gratified that they’ve been responsible for instructing about 30,000 online learners, but I never got close to teaching on screen," I confessed recently in a column in Inside Higher Ed. "I’ve been an online general who sent his virtual troops into battle but, shamefully, never fought in the digital trenches myself."

Making-up for lost time, this spring, I spent several months working closely with an instructional designer at The New School, where I’ll be delivering an online course on recruiting and retaining virtual students in a four-course online certificate, Designing Online Programs, devising ways to interweave my seven-minute videotaped lectures with active-learning challenges.

The first of my five-week digital course at The New School will go online early next year. I’m eager to find out whether I’ve been able to put into practice what I’ve only theorized until now. In one of Yogi Berra’s inimitable, but surprisingly insightful, contradictions, he’s quoted as saying, "In theory there is no difference between theory and practice. In practice there is."

Robert Ubell is Vice Dean Emeritus at NYU Tandon School of Engineering. He is the author of Going Online, published recently by Routledge. His website is https://wp.nyu.edu/robertubell/.