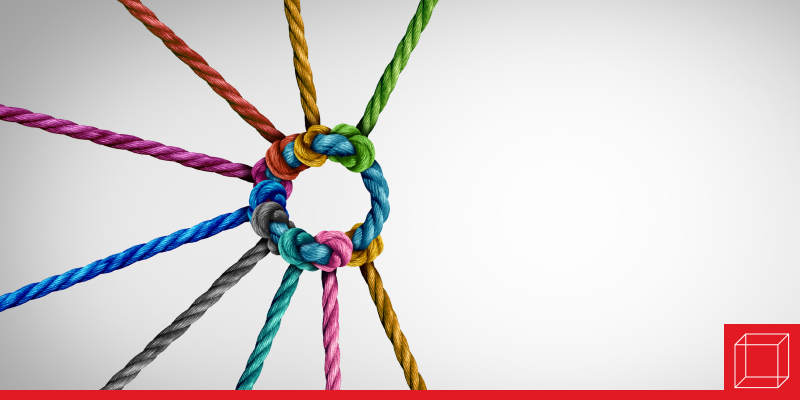 There are a lot of factors that can cause undue stress to foreign students and immigrant workers. The F1 or J1 visas grant students to stay in the U.S. if they have a good standing in their schools. The adaptation of foreign students to a new country can be complicated due to different cultural values, language barriers, and the way university courses are structured (Machul et al., 2020).

A big initial stressor can be from the temporary and potentially insecure nature of their visa status. The H1B visa grants an initial stay of up to three years, but it may be extended for an additional two years, and subsequently for one more, thus a maximum of six for immigrant workers. Anyone wishing to stay longer than that may apply for permanent residency (the Green Card). If they do not gain permanent residence when the six-year period runs out, they must live outside the U.S. for at least one year before an application can be made to re-enter on a temporary visa. H1B visa holders have the right to remain in the United States only as long as they have a job here. Furthermore, neither they nor the company can be sure if they will be allowed to remain beyond the initial three-year period. As a result, they will have temporary status within their organization.

Additionally, immigrant workers are also stressed by the process of acculturating to American culture and the culture of their workplace. A great deal of research has examined acculturation among immigrants, foreign students, and expatriate managers (Berry, 1997). While these situations are somewhat different from that of foreign workers, they are alike in that the individual must deal with the problems and contradictions of trying to accommodate to an unfamiliar culture and set of institutions. There are numerous studies addressing the issues of lifestyle and health behaviors among foreign students representing different cultures and countries of origin (Skromanis, et al., 2018, Yang, et al., 2018). A consistent finding is that the acculturation process can be stressful (Ye, 2006). Stress arises from the difficulty in fitting one’s national self-identity with the needs and expectations of life in the new country. Presumably, acculturation demands learning about and identifying with the new culture well enough to function well in it. But it also requires retaining a strong enough identification with the former culture to maintain an integrated sense of self. Damji, Clement and Noels (1996) studied Anglophone students newly arrived at the University of Ottowa, Canada. They found that the process of acculturation could be stressful for those who had strong English-speaking identities. Further, one of the major effects of excessive stress is reduced job performance.

The effect of residential uncertainty on employees has not been researched, but it seems likely to be a source of stress. Insecurity constantly threatens the ability to remain in one’s position. Foreign workers are hyper-attuned to the possibility of a poor performance evaluation that might lead to relocation or dismissal. Maintaining residency requires keeping abreast of paperwork and avoiding infractions that could threaten one’s visa status (Soylu, 2007). Constant vigilance and worry about threats to one’s status drain energy. This eventually leads to stress reactions.

Job security has been defined in a narrow sense as whether an employee will lose his/her job and have to exit the organization (Probst, 2003). Greenhalgh and Rosenblatt (1984) define job insecurity as “a perceived powerlessness to maintain desired continuity in a threatened job situation.” Given their uncertain job tenure and probable unfamiliarity with company politics, foreign employees are likely to experience insecurity in the broad sense. They may face job restructuring done without their input, or they may be reassigned to positions or units that other employees seek to avoid. They will not be plugged into informal communication networks and thus are less likely to hear in advance about possible changes and threats. Indeed, it seems likely that a cloud of uncertainty will hang over their position in their company.

Employees normally attempt to deal with employment uncertainty by working harder and gaining the favor of their managers. Or they may become resigned and repress their feelings of insecurity. Either response requires time and energy and if kept up long enough will generate fatigue and psychological distress. Much research has found that perceived job insecurity is associated with stress (Sethi, King & Quick, 2004). Mak and Mueller (2000) find it related to four indicators of “strain” – vocational, psychological, interpersonal, and physical. It is associated with stress-related affective states such as job dissatisfaction, hostility, anxiety, and depression (Roskies & Louis-Guerin, 1990).

Another reason that foreign workers will experience greater stress is separation from familiar interpersonal contacts with families (nuclear and extended), friends, and communities.  In general, it can be expected that family and social networks of foreign employees will be less extensive and established than those of permanent residents and citizens. Social networks, especially those made up of “strong ties” (Bozionelos, 2006) are an important resource for dealing with stressful situations. Close social ties are a source of emotional support, useful information, referrals, recommendations, loans, and services such as childcare, transportation, etc. Thus, the evidence shows that social support helps reduce stress. Foreign employees will be torn from their accustomed support networks when they move to their host country. They will likely have less extensive social networks available to them in their new location, and thus they are more likely to experience stress.

Stress consists of the perception of excessive pressures and demands that cause psychological and/or physical harm to the person. Stress (distress) arises when the demands of a particular encounter are appraised as about to exceed available coping resources and thus threaten well-being, while the individual feels unable to make changes that would restore balance (Lazarus, 1991). Prolonged periods of (dis)stress have been found to cause job dissatisfaction, painful emotional states, and depression (Cooper et al., 2001). Stress generates physical reactions such as fatigue, irritability, sleep disturbances, and poor health (Hogan & Overmyer-Day, 1994). It hurts work performance, causing absence, lateness, turnover, compensation claims, reduced productivity, and poor work quality (Nelson & Quick, 1996).

There is concern that continually increasing global competition is creating more and more pressure on workers at every level and that this can have significant deleterious consequences for the workers, their families, and their organizations. At the same time, there is a national and worldwide trend toward labor mobility, with increased numbers of people employed in foreign countries with variable and often ambiguous conditions of residency. Many of these workers are “undocumented,” but even those with official visas may be subject to considerable uncertainty about the length and conditions of their stay in the host country. For instance, in the United States, there are many different kinds of temporary visas, and criteria for obtaining and renewing them are complex. It is often the case that maintaining adequate job performance is a condition for their employers supporting their continued residency in this country. It is well known that job insecurity is a major source of workplace stress. There is also ample research indicating that the “acculturation” process for immigrants is stressful. Excessive change itself has been found to generate stress. For these reasons, it is likely that foreign workers on temporary work visas will experience heightened levels of stress.

Implication for Practice and Conclusion

In accordance with the increase in the number of studies devoted to the investigation of the nature of acculturation stress there appeared scientific works aiming at elaboration of individual means and strategies of coping with acculturative stress, especially in young migrants (Pheko et. al. 2014) and students. As today’s society is getting immeasurably multicultural and the number of international students enrolled in higher education in the U.S. is increasing every year the research on immigrant students is constantly growing.

The literature review provided reasons to believe that stress is a construct worth including in research on the counseling process (Soylu and Campbell, 2012). There are several strategies that educators/career/employment counselors might use when working with both foreign students and immigrant workers. First, employment counselors need to be attuned to the usual issues involved in stress to ensure that they understand foreign students’, immigrant educators’, and employees’ needs and that the employees understand their job expectations. Career counselors, managers, and educators need to make an extra effort to make sure they have communicated fully with people and offer assistance to those who are experiencing stress. They should try to include immigrant employees and foreign students in the informal communication and helping networks of their units.

HR departments, international students’ offices, and/or managers obviously have a key role in managing employees. They can take the lead in developing the internal and external networks that are needed. They also can play the leading role in dealing with discrimination issues. Because most employees, especially minorities, will typically not initiate complaints, the HR department and managers must be proactive in opening lines of communication to them, educating the workforce, and attempting to interpret the various laws that apply (Soylu & Campbell, 2012). Counselors/educators/managers can help immigrant workers and foreign students to minimize the negative impact of the stress and convert it into an opportunity. Universities and companies (managers) need to provide international students with social and psychological support in getting enough knowledge about the host country’s culture and traditions (Nailevna, 2017). Therefore, helping immigrant workers and foreign students learn how to deal with issues and obstacles can reduce their stress levels.

Hogan, E. A. & Overmyer-Day, L. (1994). The psychology of mergers and acquisitions. International Review of Industrial and Organizational Pschology, 9, 247-281.

Probst, T. M. (2003). Development and validation of the Job Security Index and the Job Security Satisfaction Scale. A classical test theory and IRT approach. Journal of Occupational and Organizational Psychology, 76, 451-467.

Yang, X.Y.; Yang, F.J. Acculturation versus Cultural Retention: The Interactive Impact of Acculturation and Co-ethnic Ties on Substance Use among Chinese Students in the United States. Immigrant. Minority Health 2018, 20, 546.