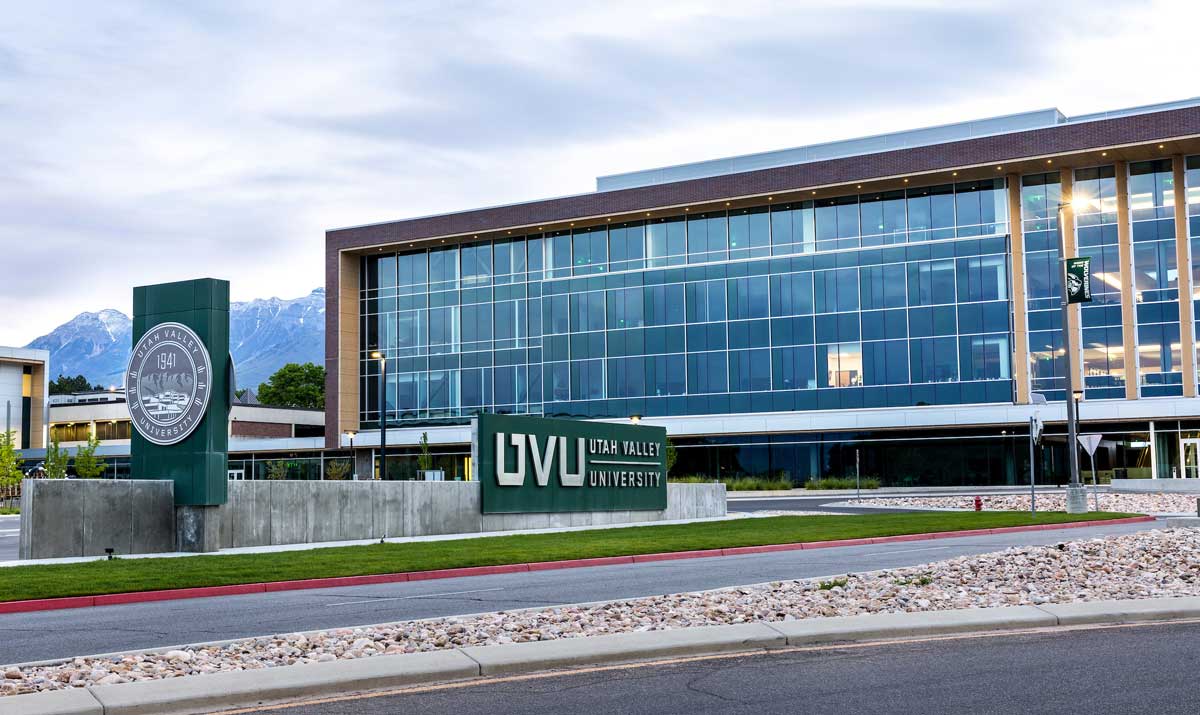 Jared Haskell hasn't always had a great relationship with math. In high school, he stumbled through geometry and didn't fare much better in algebra the next year. He put off taking any more math classes until his junior year of college, at Utah Valley University (UVU). By that point, Jared had switched majors and colleges and took off for two years for a church mission. Seven years had passed since his last math class, and unfortunately, the absence didn't make his heart grow any fonder of the subject.

After taking a required placement test to enter UVU, Jared learned he had qualified for Foundations for Algebra, a precursor to prealgebra and the second-lowest math class at UVU. He was surprised. "I knew I was a little rusty on math, but I knew I probably could do better if I could study up and take it again," he remembers.

On his advisor's suggestion, Jared signed up for a three-week preparation course called Math Leap, which allowed him to revisit math concepts he hadn't thought about in years. "It started clearing away those cobwebs immediately," he says. "It brought me back to all the things that I knew but hadn't used for a long time." It also reignited his math momentum. After completing two sessions, he took the placement test again. In the span of just six weeks, Jared qualified for intermediate algebra.

Shaking off the rust

Math is an iterative subject, constantly building upon itself. It's also a use-it-or-lose-it subject. Studies show that even after a monthlong break, students tend to lose significantly more ground in math than they do in reading.

Addressing this learning loss is top of mind for educators around the country and certainly those in Utah, where it's not uncommon for students to go three years or more without taking a math class. There are a few reasons for this. The state of Utah doesn't require students to take math during their senior year of high school. It also provides free access to the ACT during junior year, so there's little incentive for students who perform well to take what is essentially an optional math class. It's also common for graduating seniors who are Mormon to put off college for a couple of years to serve a mission for their church. By the time they take their college placement test, their math knowledge may not be what it used to be.

"Students come in completely cold on math, take a test, and of course do terribly on it," says Dr. Kathy Andrist, a longtime math professor at UVU who also oversees the math preparation courses. She estimates that over the years, thousands of students were misplaced in low-level developmental math courses, which added extra time and costs and impacted overall performance. Failure rates in all developmental math courses and general education math courses at the university usually hovered around 35%. And as educators at UVU were all too aware, students who don't finish a math course in their first year of college are more likely to not graduate.

So in 2015, UVU administrators and faculty members decided to replace the existing placement tool with ALEKS PPL (Placement Preparation and Learning), which is given to any student who hasn't taken a math course for more than two years, scored low in math on the ACT or simply wants to improve their math placement.

Crucially, they also created two companion preparation courses, Math 100R and Math Leap, which are also powered by ALEKS. This web-based learning assessment tool identifies learning gaps and then prepares a personalized learning track so students can familiarize themselves with concepts they may have forgotten. Math 100R runs for seven weeks during each semester and is self-guided. Math Leap is a bootcamp-style class that lasts for three weeks and is moderated by a math faculty member.

Neither course is designed to teach students new concepts but rather offer a much-needed refresher. "When you've got a student who can go from the lowest math class to testing into the calculus level in seven weeks, you know they're rusty," Dr. Andrist explains. "It's not that they never learned the material. They were rusty, and rusty makes a difference on a math test. When you're placing a student based on a math test, you have to be darn good and sure that the student is fresh and up to speed on their skills so they can do as well as they can. And that's what the Math 100R class and Math Leap are designed to do: help get back on top of their math skills."

Roughly 1,000 or so students sign up for one of these courses each year, and the impact has been significant. "It used to be that 75% of students went into developmental math. We now know that after seven weeks of Math 100R, we can get 64% of them into a credit-bearing math class," Dr. Andrist says. More students are completing the class, too. In 2021, 44% of freshmen finished math general education by the end of the fall semester, compared to 27% in 2016. 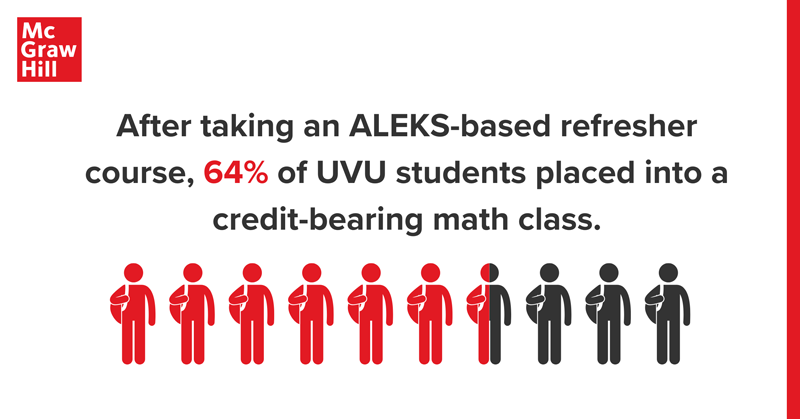 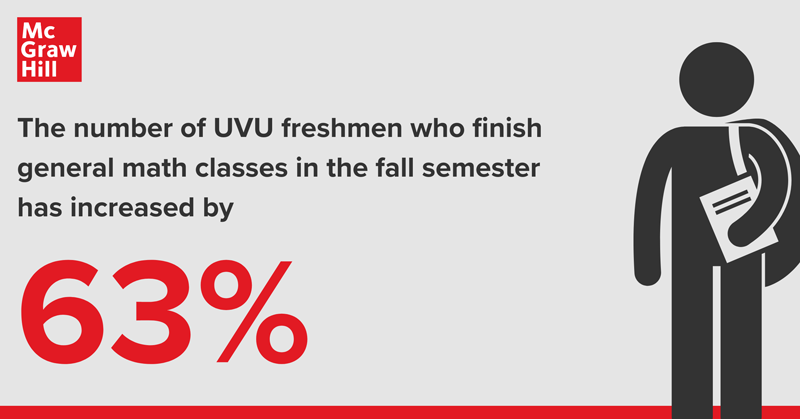 But just as valuable is the confidence learners have after completing the course. "Every student says, ‘I like math when I can do it, when I understand it,'" says Tiffany Evans, senior director of completion at UVU. "These classes just enable them to better understand it."

Setting up students for future success

For Jared Haskell, the six weeks spent in Math Leap made all the difference. After taking intermediate algebra, he went on to successfully complete two more advanced level math classes. He graduated with a bachelor's degree in communications in 2018 and a master's degree in higher education leadership in 2021.

Today, Jared is as an academic advisor at UVU. Whenever he meets with a student who hasn't yet satisfied their math requirement, he makes a point to mention the refresher courses. He likes to share his own experience with Math Leap, especially with those students who, like him, went several years without taking math. "I want to show them that they're not the only one that hasn't done math in a hot second," he says. "I also wasn't the stereotypical student who got their bachelor's degree in their early 20s. That may be the ideal, but that doesn't happen for everybody."

And while he admits that college-level math never did come easy to him, he discovered he had what it took to succeed in those courses. "I made it through," he says with a smile. "Yeah, I made it."