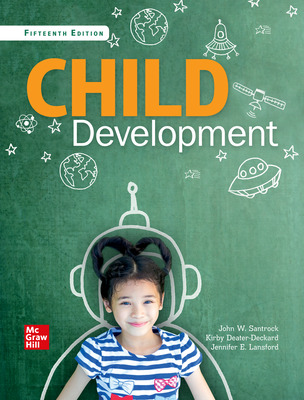 Kirby Deater-Deckard is a Professor in the Department of Psychological and Brain Sciences at the University of Massachusetts Amherst, where he serves as graduate program leader in developmental science, and neuroscience and behavior. He also is a Fellow of the Association for Psychological Science and director of the Healthy Development Initiative in Springfield, Massachusetts. He earned his Ph.D. in Developmental Psychology from the University of Virginia in 1994. Dr. Deater-Deckard has authored more than 200 publications that focus on the biological and environmental influences in the development of individual differences in social-emotional and cog¬nitive outcomes in childhood and adolescence. The emphasis of his recent work is on parenting and inter-generational transmission of self-regulation (e.g., executive function, emotion regulation) that uses behavioral, cognitive neuroscience, and genetic research methods. He is principal or co-investigator on several longitudinal studies funded by the National Institutes of Health and the US-Israel Binational Science Foundation. Dr. Deater-Deckard serves as a consulting investigator on several longitudinal research project teams around the globe and is a scientific review panelist for the Institute of Education Sciences (US Department of Education). He is co-editor of the book series, Frontiers in Developmental Science (Taylor & Francis), and serves on editorial boards for journals in developmental and family sciences. Dr. Deater-Deckard’s wife, Keirsten, is a community volunteer, and they have two daughters, Anna, age 22, and Elly, age 15.

Jennifer E. Lansford is a Research Professor at the Sanford School of Public Policy and Faculty Fellow of the Center for Child and Family Policy at Duke University. She earned her Ph.D. in Developmental Psychology from the University of Michigan in 2000. Dr. Lansford has authored more than 200 publications that focus on the development of aggression and other behavior problems during childhood and adolescence, with particular attention to how parent, peer, and cultural factors contribute to or protect against these problems. Dr. Lansford leads the Parenting Across Cultures Project, a longitudinal study of mothers, fathers, and children from nine countries (China, Colombia, Italy, Jordan, Kenya, Philippines, Sweden, Thailand, and the United States). In addition, Dr. Lansford has consulted for UNICEF on the evaluation of parenting programs in several low- and middle-income countries and on the development of a set of international stand¬ards for parenting programs. She serves in editorial roles on several academic journals and has served in a number of national and international leadership roles, including chairing the U.S. National Institutes of Health Psychosocial Development, Risk and Prevention Study Section; chair¬ing the U.S. National Committee for Psychological Science of the National Academies of Sciences, Engineering, and Medicine; chairing the Society for Research in Child Development International Affairs Committee; and serving on the Secretariat of the International Consortium for Developmental Science Societies. Dr. Lansford’s husband, Chris, is a surgeon who specializes in head and neck cancer. They have two children: Katherine, age 16, and Nick, age 13.