Nominate an Inspiring Education Leader for a Prestigious 2020 McGraw Prize 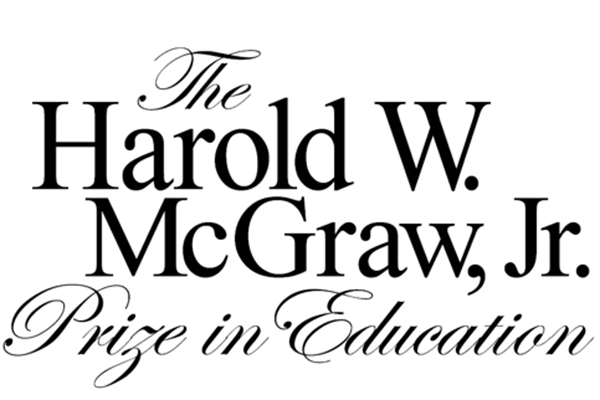 Sal Khan. Sakena Yacoobi. John Merrow. Barbara Bush. Geoffrey Canada. These are just a few of the distinguished leaders who have been recognized with a Harold W. McGraw, Jr. Prize in Education since the prestigious award was founded in 1988.

The Harold W. McGraw, Jr. Family Foundation which administers the prize, has just announced the opening of the nomination period for the 2020 award, along with a new partner, the University of Pennsylvania Graduate School of Education.

Three McGraw Prizes—recognizing achievement in pre-K-12 education, higher education, and learning science research—will be awarded October 21st in New York with each winner receiving a $50,000 gift. Anyone can submit a nomination for the award at mcgrawprize.com – now until April 15th, 2020!

The McGraw Prize was established in 1988 to honor Harold W. McGraw, Jr., the former Chairman and CEO of McGraw-Hill, to honor his lifelong commitment to education, literacy, and learning.

The McGraw Prize in Education celebrates innovation in education by recognizing outstanding individuals who have dedicated themselves to improving education and whose accomplishments are making a difference today. Honorees are chosen by a distinguished panel of judges made up of thoughtful and influential members in the international educational community.