Gary Bayens and John Smykla Probation, Parole, and Community-Based Corrections: Supervision, Treatment, and Evidence-Based Practices https://www.mheducation.com/cover-images/Jpeg_400-high/0078111501.jpeg 1 2013 January 6, 2012 9780078111501 More than 8 million adults and juveniles are under correctional supervision in the United States, and even those who are confined will eventually be supervised by professionals in the field of community-based corrections. The first scholars to do so, Gerald Bayens and John Smykla explain in this first edition of Probation, Parole, and Community-Based Corrections, that community-based corrections is more than just programs in the community. Utilizing the latest data, up-to-the-minute news, profiles of professionals working in the field, policy discussions, pedagogical tools, and international perspectives, the authors have created an exciting book for students learning about community-based corrections.
09780078111501 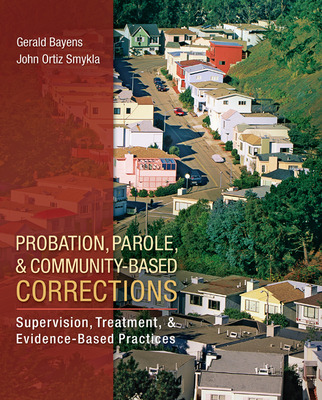 CHAPTER 3: Theories of Offender Treatment: Reasons to Have a Theoretical Roadmap

CHAPTER 7: Probation and ISP: The Most Common Methods of Correctional Supervision in America

Dr. Smykla has authored or edited five corrections books, including Probation, Parole, and Community Based Corrections (2013) and Offender Reentry: Rethinking Criminology and Criminal Justice (2014). His coauthored data set Executions in the United States, 1608–2003: The Espy File, funded by a grant from the National Science Foundation, is one of the most frequently requested criminal justice data files from the University of Michigan’s Inter- University Consortium for Political and Social Research.

Dr. Smykla has published more than 75 research articles on corrections and policing issues. He recently completed a multiyear analysis of federal reentry court and the impact of police body cameras.