Does Strategy Still Matter in a Fast-Moving and Turbulent World? 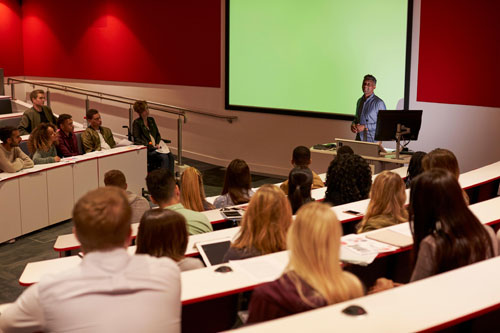 One of my students approached me after class and said "Professor Rothaermel, I don’t think the strategy concepts and frameworks we are studying are relevant for today’s economy and companies. I’m worried that I’m not learning what I need to to succeed."


That got me thinking about how we teach strategy to today’s students, most them who are either Millennials (born 1980-1995) or Gen Z (born after 1995), and who have grown up as digital natives. When I was a business school student in the mid-1990s, we studied "classic cases" such as Crown Cork & Seal Company. Today’s students think about Apple, Tesla, Snapchat, Spotify, Netflix, WeChat, Uber, Google, or Baidu.


The answer I gave to my student was, "thank you for your input; I believe strategy has become more, not less important in today’s fast moving and turbulent world. We’ll talk about this some more in the next class."


What I learned is that the key to teaching strategy to Millennials and Gen Z is to apply concepts and frameworks that have stood the test of time to today’s organizations and their challenges. One of my favorite examples is strategic planning. Derived from military strategy, top-down strategic planning is a more or less linear process through which executives attempt to program future success. All strategic intelligence and decision-making responsibilities are concentrated in the office of the CEO. The CEO—much like a military general, leads the company strategically through competitive battles.


Let’s pick one of my students’ favorite CEO and company: Elon Musk and Tesla. In the spring of 2018, Tesla Inc., an American maker of all-electric vehicles, had a market of $55 billion, an appreciation of more than 1,200 percent over its initial public offering price in 2010. How can a California startup achieve a market valuation that exceeds that of GM, the largest car manufacturer in the world, making some 10 million vehicles a year?


As I explained in much more detail in Chapter 1 "What is Strategy?" of my text, Strategic Management,4e, a good strategy focuses on three key areas:2

Diagnosis of Competitive Challenge. A good strategy needs to start with a clear and critical diagnosis of the competitive challenge. Musk, Tesla’s co-founder and CEO, describes himself as an "engineer and entrepreneur who builds and operates companies to solve environmental, social, and economic challenges."3 Tesla was founded with the vision to "accelerate the world’s transition to sustainable transport."4 To accomplish this mission, Tesla must build zero-emission electric vehicles that are attractive and affordable. Beyond achieving a competitive advantage for Tesla, Musk is working to set a new standard in automotive technology. He hopes that zero-emission electric vehicles will one day replace gasoline-powered cars.


Tesla’s competitive challenge is sizable: To succeed it must manufacture attractive and affordable vehicles using its new technology, which will compete with traditional cars running on gasoline. It also needs the required infrastructure for electric vehicles, including a network of charging stations to overcome "range anxiety" by consumers; many mass-market electric vehicles cannot drive as far on one charge as gasoline-powered cars can with a full tank of gas. Gas stations can be found pretty much on any corner in cities and every couple of miles on highways.


A Guiding Policy. After the diagnosis of the competitive challenge, the firm needs to formulate an effective guiding policy in response. The formulated strategy needs to be consistent, often backed up with strategic commitments such as sizable investments or changes to an organization’s incentive and reward system—big changes that cannot be easily reversed. Without consistency in a firm’s guiding policy, employees become confused and cannot make effective day-to-day decisions that support the overall strategy. Without consistency in strategy, moreover, other stakeholders, including investors, also become frustrated.


To address the competitive challenge, Tesla’s current guiding policy is to build a cost-competitive mass-market vehicle such as the new Model 3 (this is Step 3 in Tesla’s Strategic Plan discussed above). Tesla’s formulated strategy is consistent with its mission and the competitive challenge identified. It also requires significant strategic commitments such as Tesla’s $5 billion investment in a new lithium-ion battery plant in Nevada, the so-called Gigafactory. Batteries are the most critical component for electric vehicles. To accomplish this major undertaking, Tesla has partnered with Panasonic of Japan, a world leader in battery technology.


Implementation through Coherent Actions. Finally, a clear guiding policy needs to be implemented with a set of coherent actions. Tesla appears to implement its formulated strategy with actions consistent with its diagnosis of the competitive challenge. To accomplish building a cost-competitive mass-market vehicle, Tesla must benefit from economies of scale, which are decreases in cost per vehicle as output increases. To reap these critical cost reductions, Tesla must ramp up its production volume. This is a huge challenge: Tesla aims to increase its production output by some 20 times, from 50,000 cars built in 2015 to 1 million cars per year by 2020.


Let’s see if Tesla stuck to its strategy. In 2008, Tesla introduced its first car: the Roadster, a $110,000 sports coupe with faster acceleration than a Porsche or a Ferrari. Tesla’s first vehicle served as a prototype to demonstrate that electric vehicles can be more than mere golf carts. Tesla thus successfully completed Step 1 of the master plan.


In Step 2, after selling some 2,500 Roadsters, Tesla discontinued its production in 2012 to focus on its next car: the Model S, a four-door family sedan. Tesla also introduced the Model X (in 2015), a crossover between an SUV and a family van with futuristic falcon-wing doors for convenient access to second- and third-row seating.


Tesla has now reached Step 3 of its master plan. In 2017, Tesla delivered the company’s newest car: the Model 3, an all-electric compact luxury sedan, with a starting price of $35,000. Tesla received some 500,000 preorders for its newest model. Tesla is currently struggling with production bottlenecks to make as many Model 3 as the market demands.


Step 4 of Musk’s master plan for Tesla aims to provide zero-emission electric power generation options. To achieve this goal, Tesla acquired SolarCity, a solar energy company, for more than $2 billion in the fall of 2016. This joining creates the world’s first fully integrated clean-tech energy company by combining solar power, power storage, and transportation. A successful integration of Tesla and SolarCity, where Musk is also chairman and an early investor, would allow completion of Step 4 of Tesla’s master plan.


After applying the three-step framework defining a good strategy, the student that approached me and the rest of the class experienced one of the wonderful "aha" learning moments when the mental light bulbs went on and they realized that the frameworks and concepts we teach in strategy have become more and not less important in a fast moving and turbulent world. 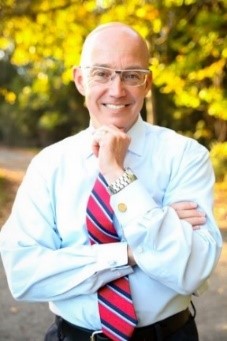 Frank T. Rothaermel (Ph.D.) is author of the new 4e Strategic Management (2018), published by McGraw-Hill. Frank is a Professor of Strategy & Innovation, holds the Russell and Nancy McDonough Chair of Business in the Scheller College at the Georgia Institute of Technology (GT), and is an Alfred P. Sloan Industry Studies Fellow. He received a National Science Foundation (NSF) CAREER award, which "is a Foundation-wide activity that offers the National Science Foundation's most prestigious awards in support of … those teacher-scholars who most effectively integrate research and education." (NSF CAREER Award description).

Frank’s research focuses on the intersection of strategy, innovation, and entrepreneurship. Based on having published papers in the top 1% based on citations, Thomson Reuters identified Frank as one of the "world’s most influential scientific minds." He is listed among the top-100 scholars based on impact over more than a decade in both economics and business. Businessweek named Frank one of Georgia Tech’s Prominent Faculty in their national survey of business schools. The Kauffman Foundation views Frank as one of the world’s 75 thought leaders in entrepreneurship and innovation.