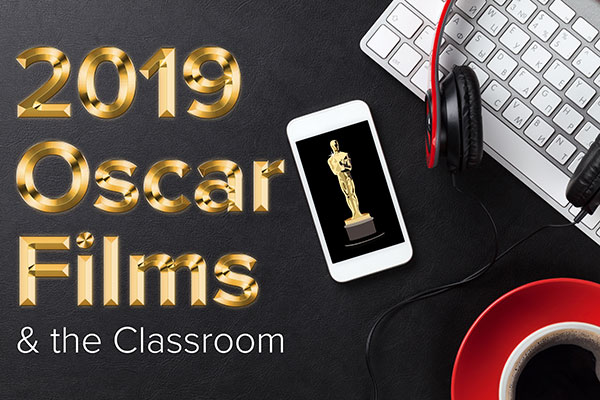 Compile a list of the year's "best" films and notice the way certain titles resonate—not only with the culture at large, but also with one another. The themes of one film dovetail with another and, movie by movie, and a portrait of American culture in 2018 forms: its values, its anxieties, and its desires.

It's for this reason that Academy Awards matter (whether or not you believe in them as an effective arbiter of taste). The films nominated by the Academy of Motion Picture Arts and Sciences represent a cross-section of American tastes: from prestige to populism, from art to trash.

For this reason, Academy Award nominees and winners make wonderful teaching tools. Whether or not they're any good, these films act as a time capsule, freezing our ever-changing tensions and preoccupations in place for posterity's sake. And what better way to foster conversation, interest, and participation in the classroom than through a medium (movies!) that students already like and watch and alongside topics that can easily bolster classroom lessons and pedagogy.

Here are a few ways current films can be incorporated into a classroom:

Without a doubt, 2018 was a year defined by cinematic explorations of race and racism. As if intuiting a certain American anxiety about NFL protests, police brutality, Black Lives Matter, and voter suppression, the multiplex gave us BlacKkKlansman ("Based on a crazy, outrageous, incredible true story") and If Beale Street Could Talk ("Based on the acclaimed novel by James Baldwin")—two Oscar-nominated masterworks set in bygone decades that draw connections between then and now. Since BlacKkKlansman's verisimilitude was called into question on Twitter (by filmmaker Boots Riley), history teachers might ask students to research Ron Stallworth, the Colorado Springs Police Department's first black detective, and determine the accuracy of Spike Lee's film. Similarly, English instructors might assign a similar evaluation assignment: To what extent does Barry Jenkins find visual techniques to represent Baldwin's prose?

To further examine race and racism—in courses that ask students to weigh in on current events—instructors could draw on other, not-even-nominated titles from 2018: Blindspotting, Monsters and Men, The Hate U Give, and Sorry to Bother You. To varying degrees of success, these films examine the imperiled state of young people of color, touching on issues like police violence, intersections between race and class, social activism, and workplace exploitation. In the classroom, they may lend themselves to more complex and evaluative criticism from students, prompting them to engage with social reality and appraise its cinematic mirror.

In Alfonso Cuaron's Roma, Cleo (Yalitza Aparicio) works as housekeeper and nanny for a wealthy family in 1970s Mexico. When Cleo becomes pregnant, she must compartmentalize her personal turmoil and continue cooking, cleaning, and serving. Although the family is affectionate toward Cleo, claiming to love her, they know precious little about her. Just as Literature courses focus on "family" as a thematic concern in poetry and fiction, an intrepid instructor might ask his or her students to weigh in on Cleo's obscure role as both "member of the family" and employee. Drawing from your own definition of the word: is Cleo "family"? Does Cuaron seem to imply that she is or is not? To what extent does Cleo's employment threaten or bolster her position within the family?

One of the highest-grossers of 2018, Black Panther has also distinguished itself as the first-ever superhero flick to be nominated for the Best Picture Oscar. In its wake, it has spawned a multitude of think pieces, weighing in on the film's global resonance and potential to spark change. While much of the commentary concerns itself with representation—that is, the effect that onscreen diversity has everyday interaction—there are a great many articles and essays that frame Black Panther as a meditation on African Diaspora. This abundance of available writing could serve as scaffolding for a unit on either subject in a Sociology classroom. Assigning multiple readings, instructors might ask students to weigh in on the likelihood of media representation to spark social change. Conversely, reading the film as a metaphor, student writers/researchers might examine the ways in which Diaspora has shaped African and African-American identity, altering traditions, and refashioning cultures.

As a follow-up to The Big Short, his dissection of the 2007-2008 financial crisis, Adam McKay turns his attention to the rise of Dick Cheney in Vice. While no one could accuse the film of lending any new insight to American politics—it's more or less a primer on the last fifty years, twirling through the more pivotal moments in Cheney's career—Vice is striking because of McKay's cartoonish style: an energetic mix of satiric ridicule and pious finger-wagging. Digressing from the plot for gags and narrative flights of fancy, Vice is an editorialized and subjective look at recent history—and it may be instructive to writing and journalism students. Weighing the film's treatment of events against the reportage of media outlets, instructors might ask students to write rhetorical analyses, comparing the voice and tone of McKay's film with reports from Fox News, MSNBC, the New York Times, the National Review, and (perhaps) even parodies from Saturday Night Live. The assignment's objective will ask students to ponder the changing rhetorical strategies as one event is reported in a variety of media.

On the face of things, Bing Liu's documentary Minding the Gap appears to chronicle a clan of skateboarding pals as they mature into adulthood in Rockford, Illinois. A closer look, however, exposes a powerful and complex statement on toxic masculinity: how subcultures encourage men to stifle their pain and channel their anger in socially acceptable ways. In the hands of gender theory or sociology instructor, the film should make an exceptional case study. Observing real-life subjects as they descend into lives of alcoholism, domestic violence, and early fatherhood, students might examine the ways in which Minding the Gap's central "characters" are shaped by class, race, ethnicity, and masculine codes of strength.

As Homeland Security programs become more and more popular at colleges and universities throughout the nation, students will need a complex and well-rounded portrait of the terror cells that mean to do global harm. To round out their understanding, instructors might consider screening Of Fathers and Sons, the nominated documentary by Talal Derki. Forging an intimate relationship with a radical Islamist family, Derki locates the humanity of fathers who believe in Jihad and sons who are fated (or doomed) to obey their fathers' words. Since the documentary offers viewers a rare glimpse into the lives (and arguments) of would-be jihadists, it offers students a marvelous opportunity to dissect and refute their claims. In an argument essay, they might focus in on one of the documentary's subjects and challenge his claims (for establishing an Islamic caliphate) with logical reasoning and researched data.

In First Reformed, Ethan Hawke stars as the conflicted pastor of a Dutch Reformed Church, awakened to higher consciousness by an unstable parishioner. The film, by Paul Schrader, explores the question of moral obligation in an age of climate change. As such, the film is ideally suited for Environmental Science and Theology & Philosophy courses. A daring instructor might consider asking: To what extent is mankind obligated to act as steward of the Earth? Are megachurches ideologically compatible with Biblical teaching? How can philosophy help in the modern conflict between industrialism and environmentalism? 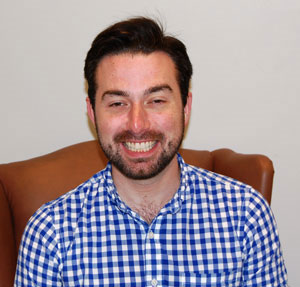 Professor Ray Dademo is an instructor of English at Middlesex County College. He has previously taught as an adjunct at Rutgers University, Montclair State University, and Monmouth University. He holds an MFA in Nonfiction Writing from Columbia University and a BA in English from Fordham University. His pedagogy involves the use of cinematic literacy as an entry point for composition studies. He has recently co-authored an article for the CEA Critic, titled Narrating the Moviegoing Experience: Reframing Film for First-Year Composition.