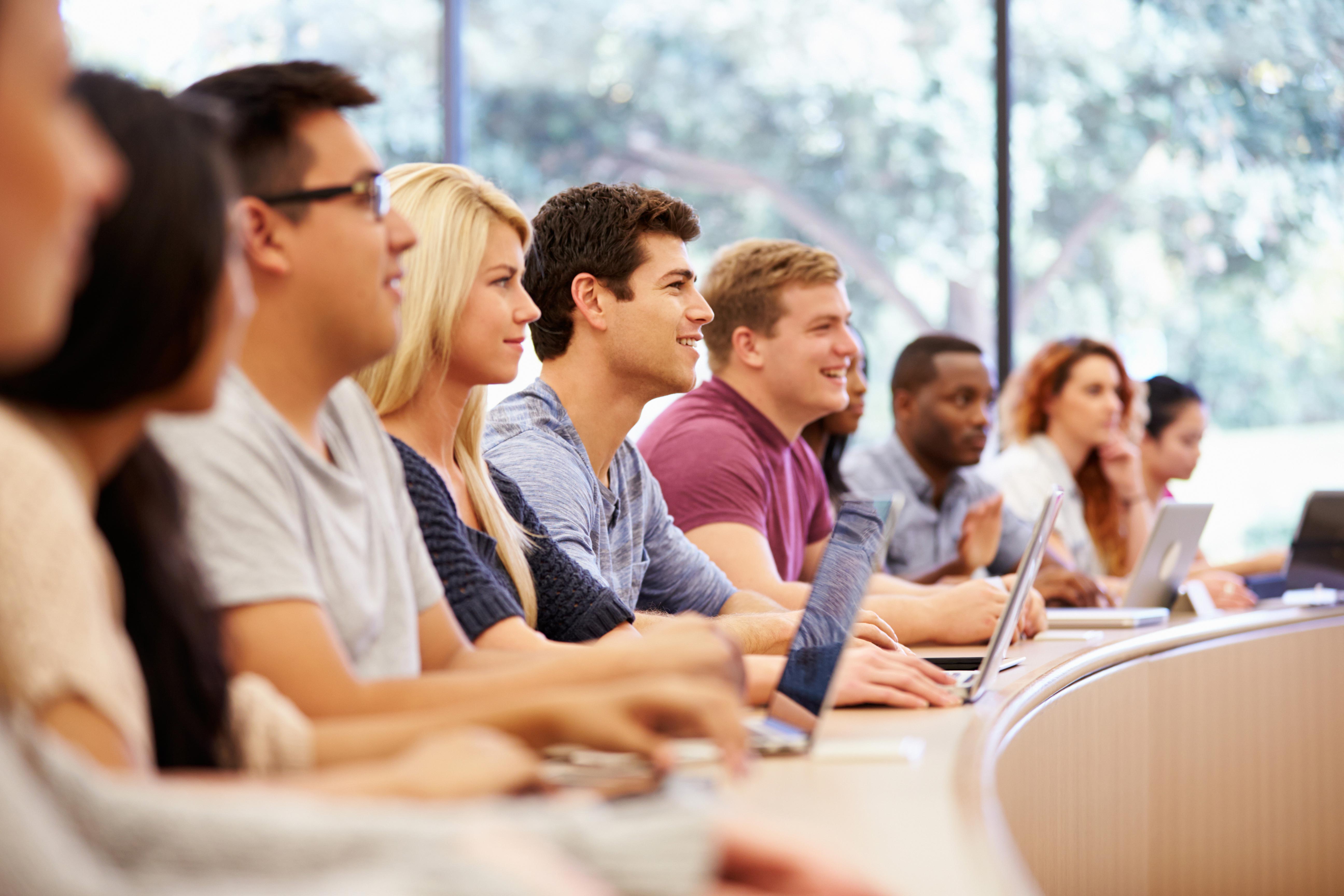 Not a particularly unique statement, I grant you—after all, who doesn’t? However, as an instructor of English and Composition Studies, I have come to depend upon film as an integral part of my pedagogy—a multifarious art form for multimodal readers. Cinema bridges the gap between me and my students.

Each year, I try to update my courses, incorporating newer films that (hopefully) connect with contemporary cultural conversations. This fall, I taught a composition course that used last year’s Best Picture winner, Moonlight, as an entrée for all sorts of writing projects about intersectionality, homophobia, and toxic masculinity. Solemn topics and themes, to be sure, but in using these recently released films as primary and supplementary classroom texts, I have found a ready-made cultural touchstone that my students are eager to explore. By utilizing the newest films, the ones that have not yet been discussed in scholarly publications, there is also little chance for my students’ writing to regurgitate someone else’s well-trod thesis project. They are forced to independently analyze, interpret, and critique.

Scanning our current 2018 list of Oscar-nominated (and winning) films, I’m struck by their open and unlimited applicability—to say nothing of their quality—and the opportunities they offer not only English instructors, like myself, but colleagues teaching in a variety of other academic disciplines.

1. Get Out in Sociology courses

A descendant of social thrillers like Rosemary’s Baby and The Stepford Wives, Jordan Peele’s Get Out has already attained zeitgeist status among university students—more for the scares it delivers than any trenchant cultural commentary. Nonetheless, the film may function as a seductive model for sociology instructors who wish to dissect racial stereotyping and colonial discourses. An extended riff on 1967’s Guess Who’s Coming to Dinner, Get Out subverts the sunny liberalism of that earlier film and depicts an entire spectrum of racial violence; what begins as micro-aggression soon gives way to something systemic, corrupt, and brutally invasive. Pairing the film with bell hooks’ We Real Cool: Black Men and Masculinity might push students to read Get Out in a completely different manner—locating the ways in which culture, particularly black culture, is fetishized, appropriated, and then marginalized.

Though the events of World War II have yielded a number of Best Picture winners—The Best Years of Our Lives, Patton, Schindler’s List—two of this year’s nominees provide students a rare opportunity to see the Dunkirk evacuation from multiple perspectives. Taken together, Joe Wright’s Darkest Hour and Christopher Nolan’s Dunkirk draw a direct line between governmental decisions (made by Churchill and his colleagues) and their effects (on British soldiers). Though Darkest Hour takes major liberties with the British decision to counter Hitler, a scrupulous history teacher could use the film as an occasion to separate fact from fiction. Considerably more realistic, the addition of Dunkirk allows students to analyze the consequences (positive and negative) of rhetoric and persuasion.

No accounting or finance program is complete without a primer on the ethical dilemmas that threaten financial professionals. Perhaps as a reaction to scandals that precipitated the Great Recession, colleges and universities have undertaken a more comprehensive approach to teaching students about audit responsibilities, financial reporting, and accounting fraud, not to mention the legal and regulatory obligations they will need to fulfill as professionals. Steve James’ Abacus: Small Enough to Jail—a documentary about Abacus Federal Savings, a Chinatown bank, that gained notoriety as the only bank to face criminal charges after the collapse of the housing bubble—might act as a wonderful cautionary tale for fledgling capitalists. Though the film takes a sympathetic view of Abacus (and its chief operators, the Sung family, who were ultimately vindicated at trial), an inventive accounting instructor might unpack the specifics of the case more fully than this 88-minute documentary does.

4. Call Me by Your Name in Literature courses

English instructors interested in the process of adaptation—specifically from one medium to another—might take interest in Luca Guadagnino’s movie version of André Aciman’s Call Me by Your Name. Since the film honors the source novel in loving and meticulous ways, students have an opportunity to analyze the ways in which specific passages of written text are translated, aurally and visually. As an effective exercise in close reading, students might compare and contrast the ethos of swoony romance in corresponding passages—one written, one cinematic.

5. The Florida Project in Anthropology courses

The films of Sean Baker have a distinctly anthropological mission, shedding light on the modern age’s most underserved subcultures. In 2015’s Tangerine, he entered the world of transgender sex workers, cataloguing their trials with humor and pathos. Eleven years earlier, in Take Out, Baker exposed the struggles of undocumented Chinese immigrants, working as deliverymen in New York City. Either of these films would make an ideal text for anthropology instructors engaged in the study of contemporary culture; however, Baker’s latest—The Florida Project—serves as a more expansive and textured portrait of a community in crisis. Already the subject of numerous ethnographic studies and peer-reviewed articles, Florida’s "hidden homeless" population (living in the shadow of Disney World) finds temporary shelter in low-rent motels and has been notoriously difficult to track with statistical data. The product of extensive research, The Florida Project works as an effective sociocultural document, detailing the values, customs, and kinships that define this "hidden" subculture.

As general education courses adopt multimodality as a strategy for reaching millennial and iGen students, art departments may consider eschewing the familiar slideshow approach for one of two Oscar-nominated movies. For a primer on the last years of Vincent van Gogh’s life, instructors may turn to Loving Vincent—the first-ever fully painted animated feature. Its aesthetics, informed by van Gogh’s paintings, act as a dynamic tour through some of the most iconic Post-Impressionist works in history. Nevertheless, for instructors conducting classes on the relevance of art itself, Faces Places—a documentary by Agnès Varda and JR—celebrates the power of images to create and commemorate community.