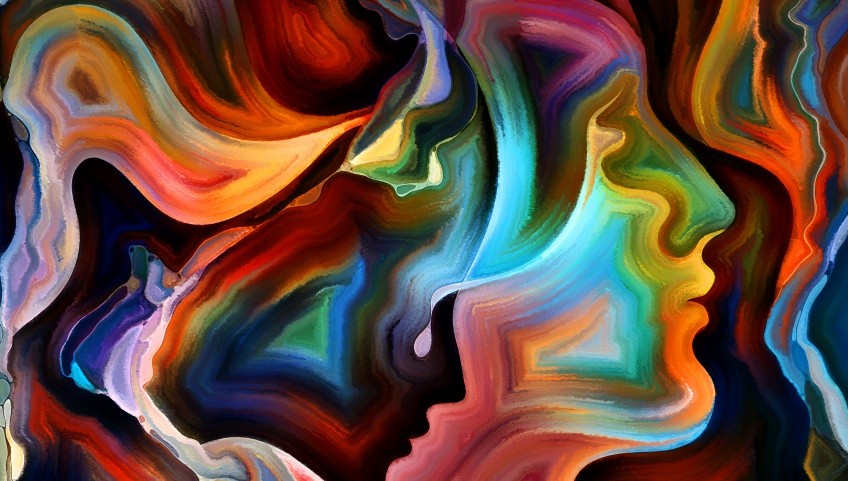 By definition, ground-breaking creative thought—whether it be in music, writing, art, dance, poetry, science, technology, innovation, or life—challenges people's assumptions. It stands old notions on their head and makes us rethink our ideas and ways of seeing the world.

Assumptions are beliefs and ideas we carry around and take for granted, and therefore, we often don't even know we are making them until they are violated. Traveling abroad is a good way to see what implicit assumptions we have, because people in different cultures make different assumptions. And in many ways, highly creative people are like travelers in foreign lands—their ideas are so different and unusual that they force us to rethink the assumptions we probably didn't even know we had.

Indeed, these ideas are sometimes so different and bizarre that we wonder whether the person who had them is not mentally or emotionally unstable. The connection between mental illness and genius-level creative thought is as old as Plato and Aristotle—the "mad genius," as Plato dubbed it. And it is true that mentally ill and highly creative people have a fundamental similarity: they act and think differently than the rest of us do.

What is the connection between schizotypy and creativity?

A cousin of schizophrenia, schizotypy is defined as a genetic disposition to schizophrenia and was first proposed in 1953 by Sandor Rado. It implies a schizophrenic genotype, or "schizotype." Its primary symptoms are an unusual degree of social isolation, odd and bizarre habits, thoughts, or behaviors, and having very unusual or unconventional beliefs. In lay terms, it is what we might call the "eccentric" person.

Given the traits of odd and unusual thoughts and behavior, it is not surprising that people with these qualities may be unusually prone to creative thoughts, defined generally as original and novel ideas that are deemed meaningful solutions to problems. It is important to point out that odd, novel, and original ideas, however, are not sufficient for creative thought—the ideas must also represent meaningful or useful solutions to problems. The ramblings of a schizophrenic are most often original and novel, but typically not very meaningful or useful. Creativity requires both originality and meaningfulness. Schizotypy is odd and eccentric thought or behavior, but note that there is not necessarily anything adaptive and useful and meaningful about that behavior—that is, it has one component but not both of creative thought.

Schizotypy and creativity, therefore, share a Venn diagram rather than being synonymous, with unusual/original/odd thinking in the overlapping region. Indeed, this is precisely what Shelly Carson (2014) describes with her "shared vulnerability" model of creativity and psychopathology. In Carson's model, the overlap in the Venn diagram (odd and unusual thinking) comes primarily from cognitive disinhibition, or the easy access to unusual associations and thoughts. Although only a single case, it is possible the John F. Nash Jr. may have had schizotypic qualities in his early 20s when he developed his mathematical ideas for game theory. He was one of the few, however, whose schizotypy became schizophrenia by his early 30s (Nasar, 1998).

So what is the state of the scientific evidence linking schizotypy to creativity?

It is fairly solid, especially in the realm of artistic creativity. For example, Daniel Nettle (2006) gave a self-report measure of schizotypy to poets, artists, mathematicians, psychiatric patients, and the general population, and found that the unusual experience component of schizotypy showed the strongest effect size with artistic and poetic creativity. Interestingly, the serious but amateur poet/artist scored higher than any other group (non-poet/artist, hobbyist, or professional). Moreover, in a meta-analysis of 45 articles on the topic, Acar and Sen (2013) found that schizotypic elements of magical thinking and unusual perceptions were most strongly associated with creative performance and creative personality. In sum, it is the qualities of schizotypy that have to do with magical thinking and unusual experiences that are most clearly connected to creative achievement—not surprising giving the unusualness of associations found in creative thinking.

What is the connection between bipolar disorder and creativity?

But what about bipolar disorder (aka manic-depression) and creativity? The main symptoms of the manic component of this affective disorder are inflated self-esteem, high energy, fast talking, impulsiveness, lack of sleep, flight of ideas and/or racing thoughts, distractibility, and agitation. Given mania's symptoms of flight of ideas and racing thoughts, we might intuitively believe a fundamental similarity exists between mania—especially in its milder (hypomanic) forms—and creativity. And we would be right. A rather large body of scientific literature, while pointing to important qualifications, consistently suggests that there is a significant and positive relationship between bipolar disorder and creative thought.

In general, the evidence comes from both directions of causality. Some researchers have shown that highly creative people are more likely than controls to be afflicted with some sort of affective disorder, while others report findings that show that normal people afflicted with bipolar illness are likely to be more creative than non-bipolar subjects. For instance, Kay Redfield Jamison's classic book Touched with Fire (1993) detailed the many biographical and historical cases in literature, music, and art of world-class creativity being touched by the fire of manic-depression, such as in the cases of Virginia Woolf and Robert Schumann. To be clear, it is less the depressive and more the manic element of bipolar disorder that is associated with creative achievement, at least in the artistic and literary forms.

Why the connection between bipolar and creativity?

The common connection appears to be that they both involve the unusual fluency of ideas apparent during the manic phase. Some ideas are good and some are bad, but a great quantity of them flow. To be sure, because meaningfulness and usefulness of the solution are crucial components to creativity, quantity of ideas is not sufficient for creativity, but it is necessary. As Dean Simonton argues, the idea generation stage of the creative process begins with the ability to produce a great number of ideas that then get selected and pruned in the idea evaluation stage of the creative process. Originality is involved in the idea generation stage and meaningfulness in the idea evaluation stage.

So what can we conclude about creativity and mental illness?

Schizotypy involves unusual and even bizarre associations, ideas, and perceptions; mania involves a racing of thoughts and ideas—both of these cognitive processes can facilitate creative thinking, especially in the arts. But it is important to point out that there is not a linear relationship between the severity of mental illness and the creativity of thought, but rather a non-linear one. In general, it is the moderate levels of schizotypy and mania (hypomania) that seem to be the sweet-spot for facilitating creative thinking. It is even more important to point out that these associations are NOT causal connections—being schizotypic or bipolar does not necessarily make one creative. While these disorders may increase the odds of being creative, they do not make it inevitable.

Creative artists, writers, musicians, and scientists change the world we live in by having ideas that are unusual, bizarre and yet meaningful enough to challenge long-held and cherished assumptions. For these people, mild forms of mental illness do not prevent and may even help foster creative activities that have meaning and great value for the rest of us.

Dr. Gregory Feist received his PhD from the University of California, Berkeley, and his undergraduate degree from the University of Massachusetts, Amherst. The Associate Professor of Psychology in Personality and Adult Development at San Jose State University, Dr. Feist is widely published in the psychology of creativity, the psychology of science, and the development of scientific talent. He is the co-author of Psychology: Perspectives and Connections. Feist's accessible approach to science helps students challenge their assumptions, understand research, and recognize that in Psychology, it's not all black and white.

Acar, S. & Sen, S. (2013). A multilevel meta-analysis of the relationship between creativity and schizotypy. Psychology of Aesthetics, Creativity, and the Arts, 7, 214-228.